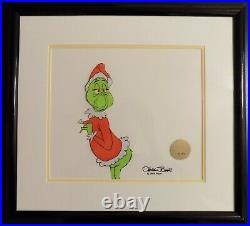 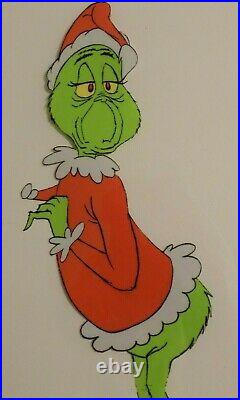 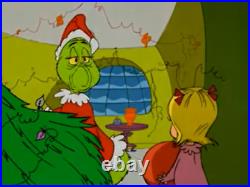 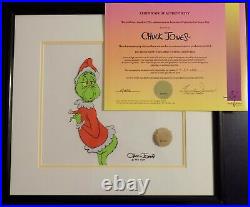 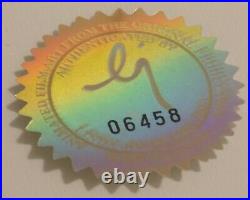 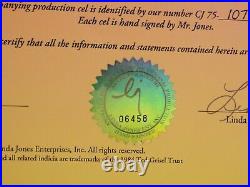 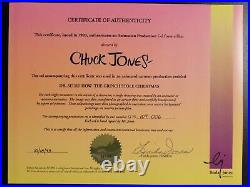 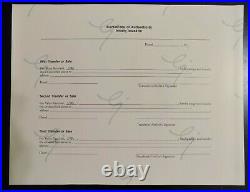 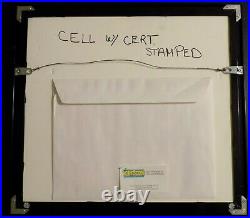 This double-matted & framed film animation cel was used in the production of the iconic 1966 Chuck Jones MGM television special, How The Grinch Stole Christmas! In other words, this is an original hand-drawn frame which actually appears in the finished product. The 1966 television special, based on the 1957 Dr.

Seuss book of the same name, has been regarded as a holiday classic ever since it first broadcast over five decades ago. It is the very first in a long series of movies, films, and television specials starring the notorious Grinch, who has joined the ranks of Frosty the Snowman, Rudolph the Red-Nosed Reindeer, and Ebenezer Scrooge as an undying icon of the holiday season. This production cel is a rare and beautiful example of the Golden Age of American Animation. This image appears at an especially famous point in the film (at approximately 15 minutes, 54 seconds; the exact frame is pictured above) when Little Cindy-Lou Who catches The Grinch stealing her family's Christmas tree.

Interestingly, The Grinch is still precisely drawn even where his body is obscured from view, an element which showcases the level of care that was masterfully executed in animation from this era. This is truly among the finest surviving animation cels from the original 1966 production of How The Grinch Stole Christmas!

Chuck Jones' signature, prominently handwritten with black ink, remains sharp against the snow-white background. The colors of The Grinch's fur and clothing remain vibrant and unrelenting even after 55 years.