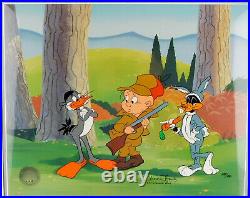 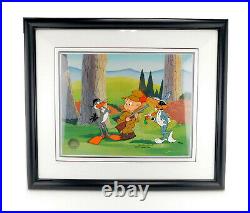 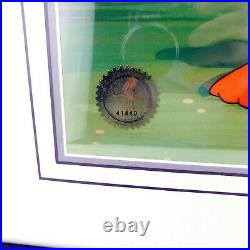 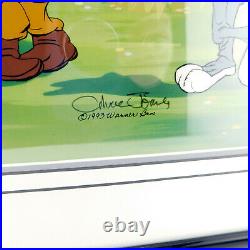 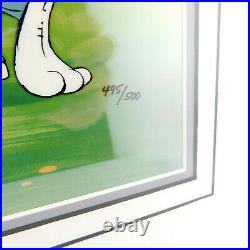 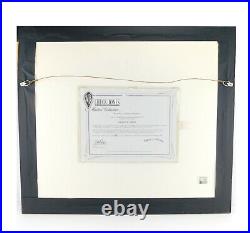 Created 30 years ago, The classic image was designed and drawn by Chuck Jones. The lines were transferred to a cel and then hand paint. Each piece was approved with Chuck Jones's signature. Includes certificate of authenticity by Warner Bros Studios. Original frame and matting / has some scuffing.

Designed and signed by master animator and legend Charles Jones in 1993! This item is in the category "Collectibles\Animation Art & Merchandise\Animation Art".

The seller is "animation-america" and is located in this country: US. This item can be shipped to United States.