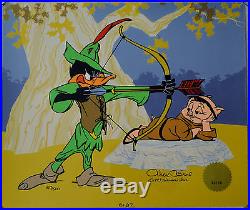 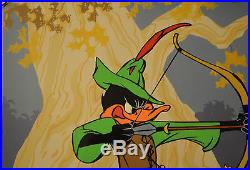 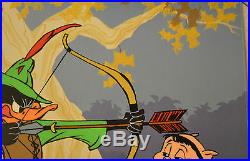 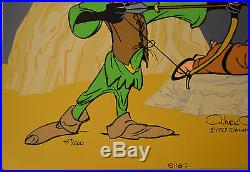 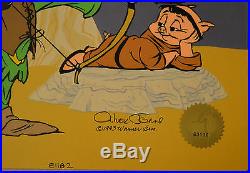 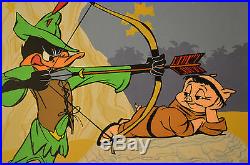 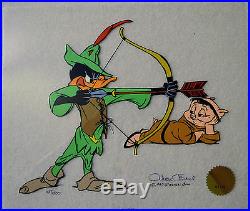 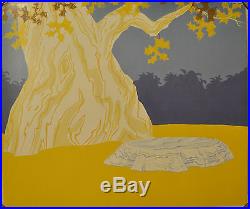 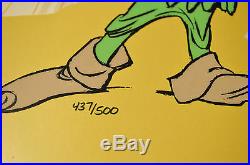 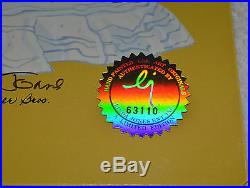 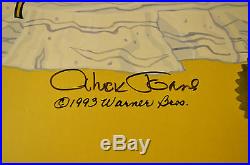 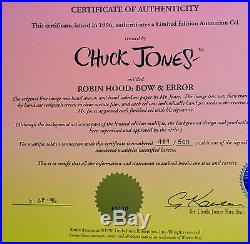 CHUCK JONES BOW AND ERROR SIGNED ANIMATED CEL #437/500 WITH CERTIFICATE OF AUTHENTICITY. NEW NEVER DISPLAYED REMOVED FROM ORIGINAL PACKAGING FOR PICTURE TAKING PURPOSE ONLY. & Hand Signed by Jones with Hand Painted Color and Certificate of Authenticity. Own this amazing piece based on the original line image hand drawn and hand-inked on paper by Chuck Jones! The sericel comes with a brilliant full-color background. 12.5" x 10.5" (sericel and background).

Chuck Jones work has been honored at film festivals and museums throughout the world, including a one-man retrospective at the Museum of Modern Art in New York City. His autobiography, Chuck Amuck: The Life and Times of an Animated Cartoonist , appeared in 1989, now in its fifth printing. The item "CHUCK JONES BOW AND ERROR SIGNED ANIMATED CEL #437/500 COA DAFFY DUCK/PORKY PIG" is in sale since Monday, October 3, 2016.