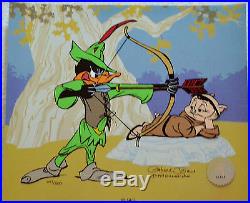 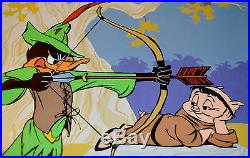 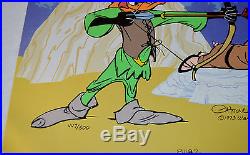 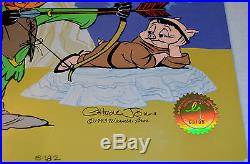 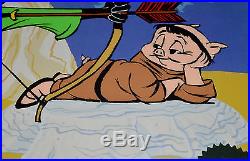 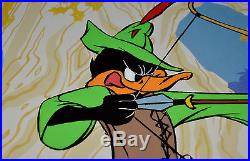 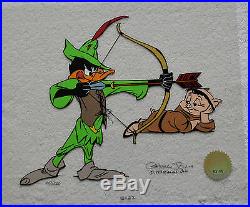 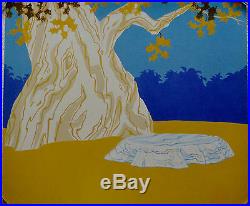 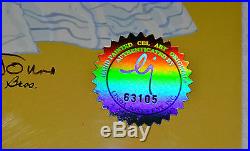 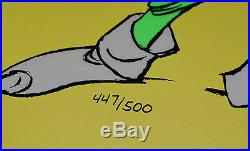 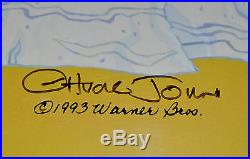 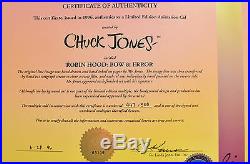 Own this amazing piece based on the original line image hand drawn and hand-inked on paper by Chuck Jones! The sericel comes with a brilliant full-color background. 12.5" x 10.5" (sericel and background). Chuck Jones (September 21, 1912 - February 22, 2002) was born in Spokane, Washington but grew up in Hollywood, California where he was inspired by the comedic talents and slapstick humor of Charlie Chaplin and Buster Keaton. As a child, he occasionally worked as an extra in Mac Sennett comedies.