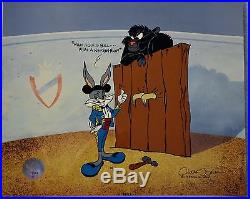 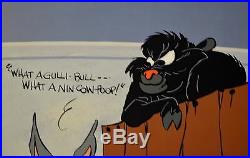 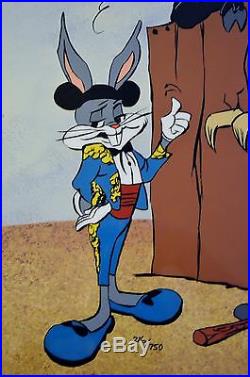 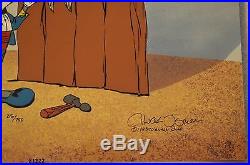 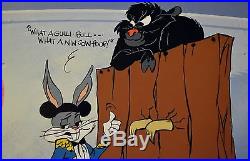 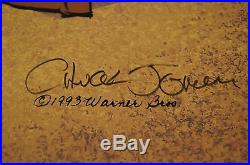 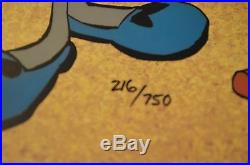 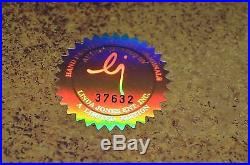 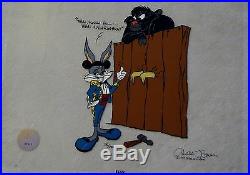 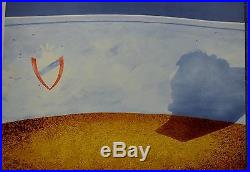 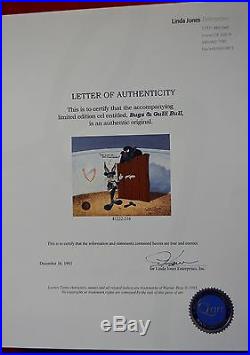 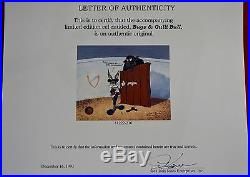 #216/750 with Certificate of Authenticity. NEW NEVER DISPLAYED REMOVED FROM ORIGINAL PACKAGING FOR PICTURE TAKING PURPOSE ONLY.

Once the animation branch of Warner Bros. Closed, Jones briefly worked for Disney before moving to MGM where he created new episodes of Tom and Jerry and directed features such as The Dot and the Line, which went on to win an Academy Award for Animated Short Film. Chuck Jones work has been honored at film festivals and museums throughout the world, including a one-man retrospective at the Museum of Modern Art in New York City. His autobiography, Chuck Amuck: The Life and Times of an Animated Cartoonist , appeared in 1989, now in its fifth printing. The item "CHUCK JONES BUGS AND GULLI-BULL ANIMATION CEL SIGNED #216/750 WithCOA" is in sale since Sunday, October 18, 2015.