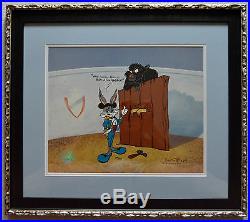 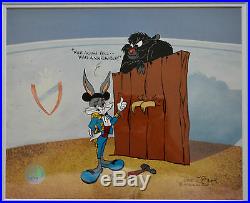 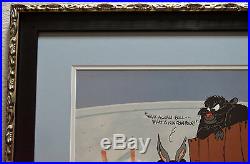 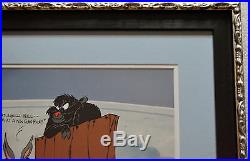 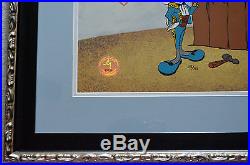 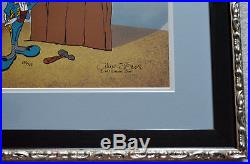 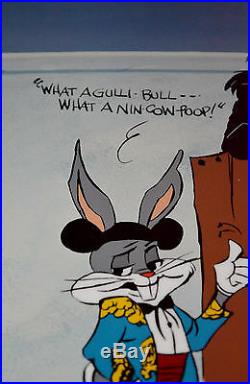 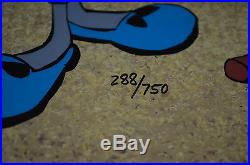 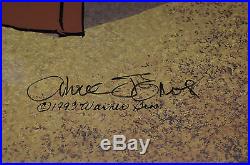 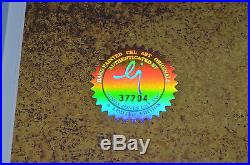 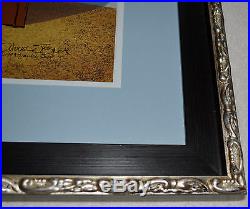 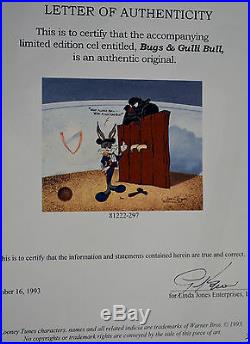 #288/750 with Certificate of Authenticity. Professionally framed and ready to hang on your wall.

Acid free and preservation materials used in matting and framing. The frame is black with detailed/raised silver edging. NEW NEVER DISPLAYED REMOVED FROM ORIGINAL PACKAGING FOR PICTURE TAKING PURPOSE ONLY.

And Hand Signed with Certificate! 15.5" x 12.5" image. Framed measures 24 3/4 x 21 3/4 inches. Chuck Jones (September 21, 1912 - February 22, 2002) was born in Spokane, Washington but grew up in Hollywood, California where he was inspired by the comedic talents and slapstick humor of Charlie Chaplin and Buster Keaton. As a child, he occasionally worked as an extra in Mac Sennett comedies. Jones graduated from Chouinard Art Institute in Los Angeles (now California Institute of the Arts). In 1932, Jones got his first job as a cel washer for Ubbe Iwerks, a former Disney Animator. , after being hired by Friz Freleng as an animator.