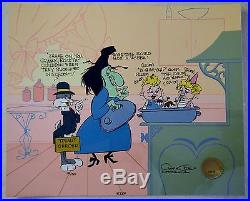 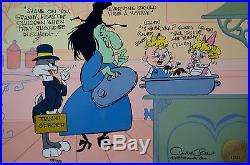 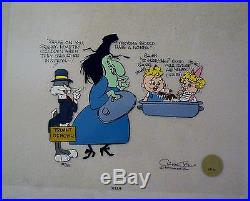 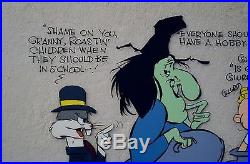 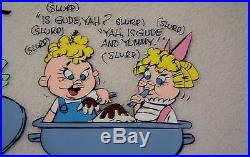 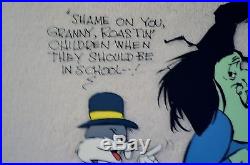 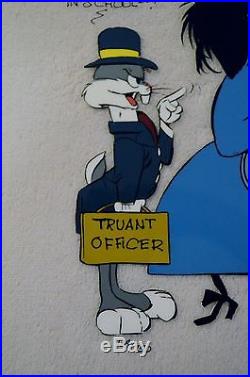 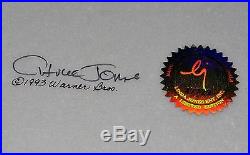 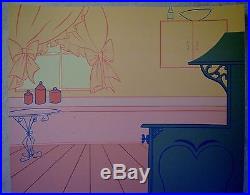 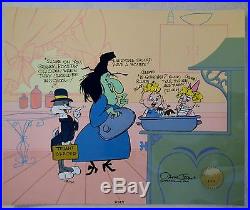 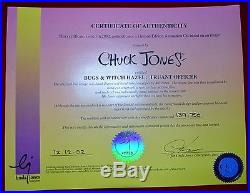 BUGS BUNNY AND WITCH HAZEL TRUANT OFFICER IS SIGNED AND NUMBERED #139/750 BY CHUCK JONES WITH CERTIFICATE OF AUTHENTICITY DATED 1993. NEW NEVER DISPLAYED WAS REMOVED FROM ORIGINAL PACKAGING FOR PICTURE TAKING PURPOSE ONLY.

Own this amazing piece based on the original line image hand drawn and hand-inked on paper by Chuck Jones! 16.5" x 13.5".