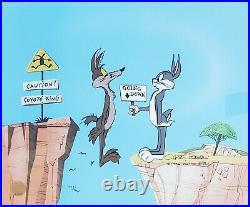 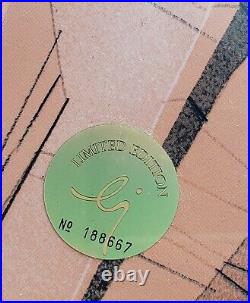 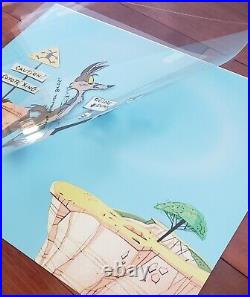 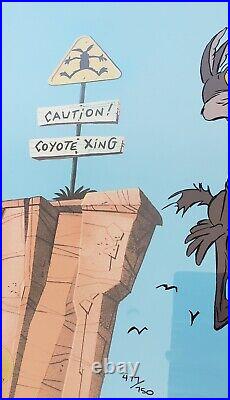 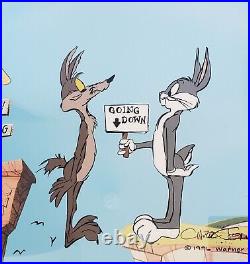 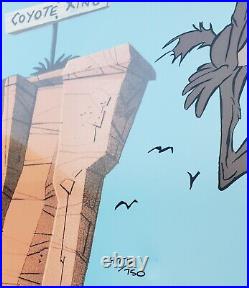 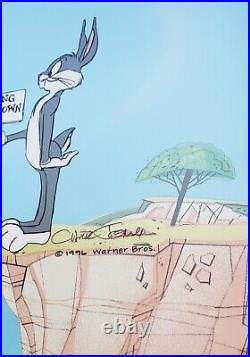 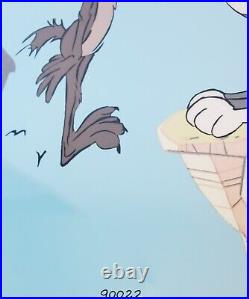 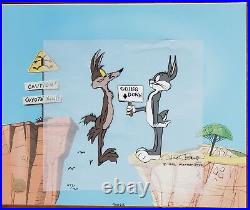 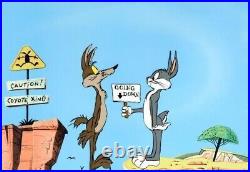 The sericel comes with a brilliant full-color background and bears the official seal of Linda Jones Enterprises. Background: 16.5" x 13.5" (41.9cmx 34.3cm). Image: 9" x 9" (22.9cm x 22.9cm) About the artist: Chuck Jones (September 21, 1912 - February 22, 2002) was born in Spokane, Washington but grew up in Hollywood, California where he was inspired by the comedic talents and slapstick humor of Charlie Chaplin and Buster Keaton. As a child, he occasionally worked as an extra in Mac Sennett comedies. Jones graduated from Chouinard Art Institute in Los Angeles (now California Institute of the Arts). In 1932, Jones got his first job as a cel washer for Ubbe Iwerks, a former Disney Animator.

, after being hired by Friz Freleng as an animator. Once the animation branch of Warner Bros. Closed, Jones briefly worked for Disney before moving to MGM where he created new episodes of Tom and Jerry and directed features such as The Dot and the Line, which went on to win an Academy Award for Animated Short Film. Chuck Jones' work has been honored at film festivals and museums throughout the world, including a one-man retrospective at the Museum of Modern Art in New York City. His autobiography, Chuck Amuck: The Life and Times of an Animated Cartoonist, appeared in 1989, now in its fifth printing.

Colors of actual item may vary slightly from colors on your screen due to digital screen calibration varying between digital devices. See my other listings for more art. This item is in the category "Collectibles\Animation Art & Merchandise\Animation Art". The seller is "gawsygallery" and is located in this country: US. This item can be shipped worldwide.