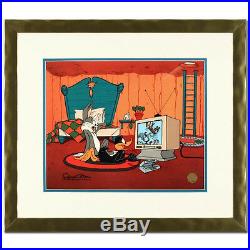 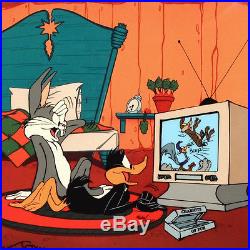 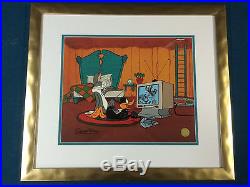 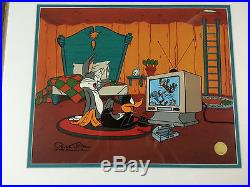 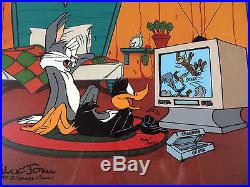 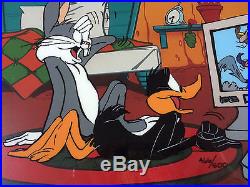 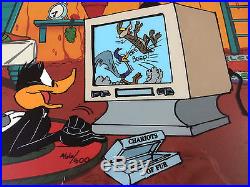 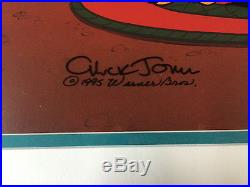 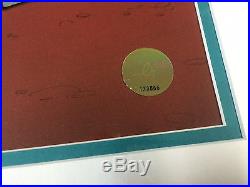 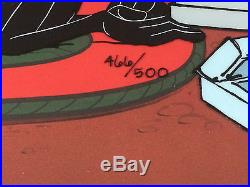 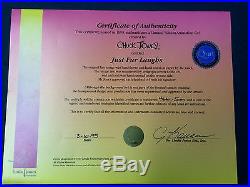 All our items are authenticated by the artists publisher. Chuck Jones hand painted and signed animation cel! Just Fur Laughs Custom Framed and Matted, Ready to Hang! Numbered 466 out of an edition of only 500.

Absolutely Gorgeous HAND-SIGNED with Certificate of Authenticity! It is brand new, and has never been displayed. "Just Fur Laughs" is a limited edition animation cel with hand painted color on sericel outline, numbered and hand signed by Chuck Jones. The sericel comes with a brilliant full-color background.