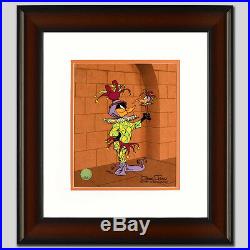 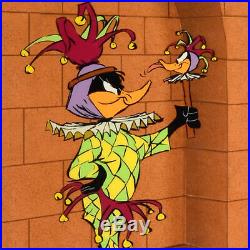 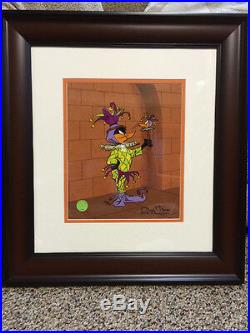 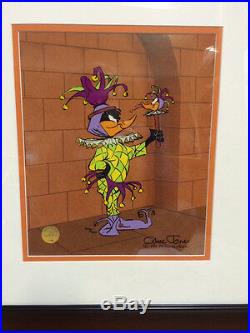 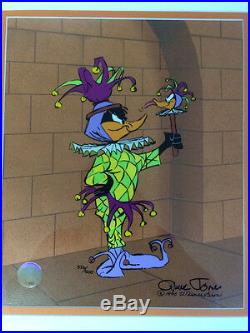 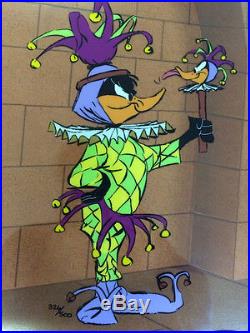 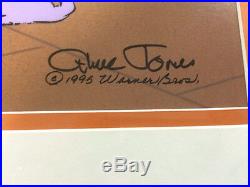 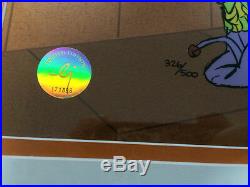 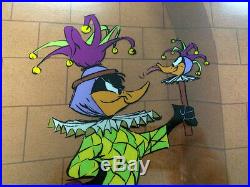 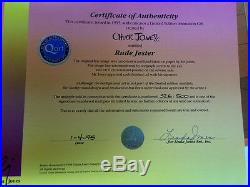 Rude Jester Custom Framed and Matted, Ready to Hang! Absolutely Gorgeous HAND-SIGNED with Certificate of Authenticity! It is brand new, and has never been displayed.

Own this amazing piece based on the original line image hand drawn and hand-inked on paper by Chuck Jones! This piece is custom framed using acid free and archival materials and is ready to hang. 22.5" x 20.5" (with frame), 12" x 10" (image). He was raised in Hollywood where he was inspired by the comedic talents and slapstick humor of Charlie Chaplin and Buster Keaton. As a child, he occasionally worked as an extra in Mac Sennett comedies.