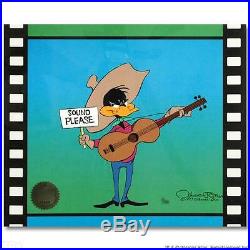 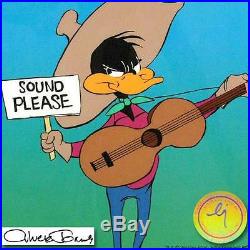 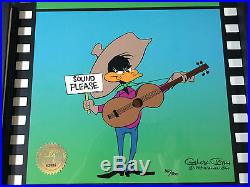 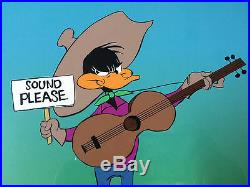 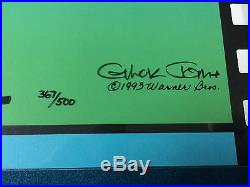 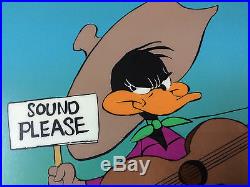 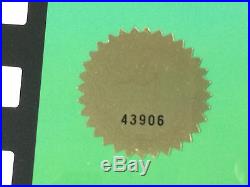 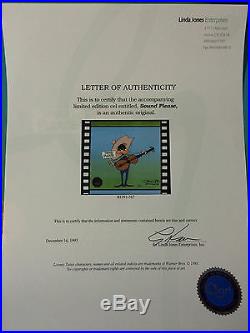 All our items are authenticated by the artists publisher. Chuck Jones hand painted and signed animation cel Sound Please! Absolutely Gorgeous HAND-SIGNED with Certificate of Authenticity!

This piece is numbered 367 out of ONLY 500 pieces. It is brand new, and has never been displayed.

Own this amazing piece based on the original line image hand drawn and hand-inked on paper by Chuck Jones! 12.5" x 10.5" (image). Chuck Jones was born in 1912 in Spokane, Washington.