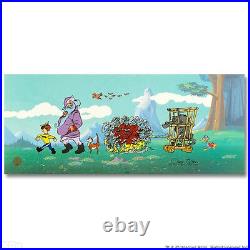 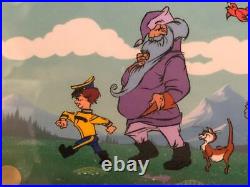 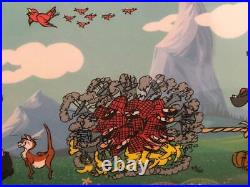 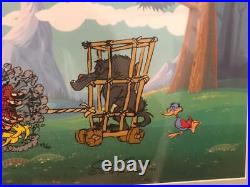 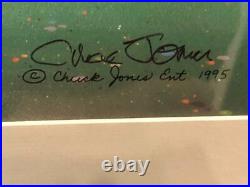 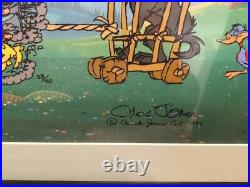 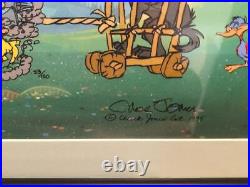 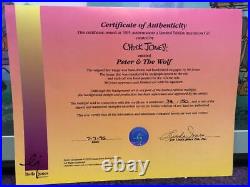 All our items are authenticated by the artist's publisher. Chuck Jones hand painted and signed animation cel "Peter and the Wolf". Absolutely Gorgeous HAND-SIGNED with Certificate of Authenticity!

Framed and Ready to Hang! It is brand new, and has never been displayed. Own this amazing piece based on the original line image hand drawn and hand-inked on paper by Chuck Jones! Chuck Jones was born in 1912 in Spokane, Washington. He was raised in Hollywood where he was inspired by the comedic talents and slapstick humor of Charlie Chaplin and Buster Keaton.