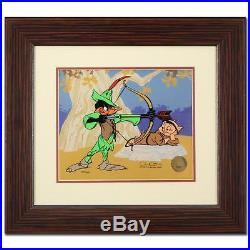 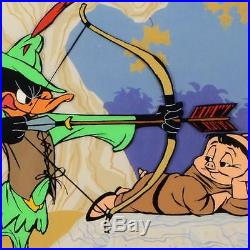 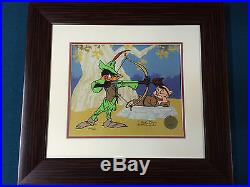 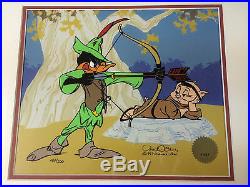 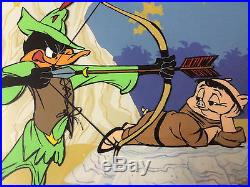 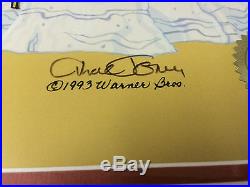 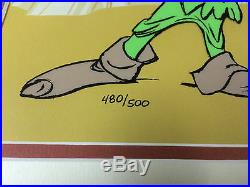 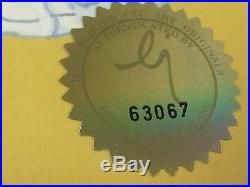 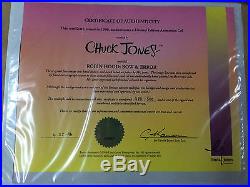 All our items are authenticated by the artists publisher. Chuck Jones hand painted and signed animation cel! Bow & Error Custom Framed and Matted, Ready to Hang! Absolutely Gorgeous HAND-SIGNED with Certificate of Authenticity!

It is brand new, and has never been displayed. Own this amazing piece based on the original line image hand drawn and hand-inked on paper by Chuck Jones! This piece is custom framed using acid free and archival materials and is ready to hang. 22" x 20" (with frame), 12" x 10" (image).