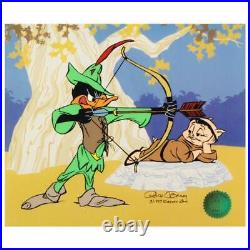 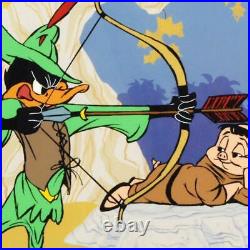 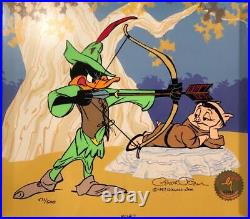 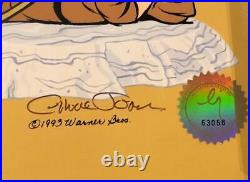 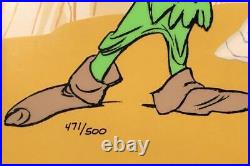 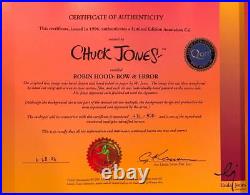 All our items are authenticated by the artist's publisher. Chuck Jones hand signed animation cel! Absolutely Gorgeous HAND-SIGNED with Certificate of Authenticity!

Numbered 471 out of a limited edition of 500. It is brand new, and has never been displayed.

12.5" x 10.5" (image). He was raised in Hollywood where he was inspired by the comedic talents and slapstick humor of Charlie Chaplin and Buster Keaton. As a child, he occasionally worked as an extra in Mac Sennett comedies. Jones graduated from Chouinard Art Institute in Los Angeles (now California Institute of the Arts). In 1932, Jones got his first job as a cel washer for Ubbe Iwerks, a former Disney Animator.

This item is in the category "Collectibles\Animation Art & Merchandise\Animation Art". The seller is "artsnsports" and is located in this country: US.