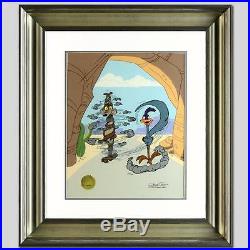 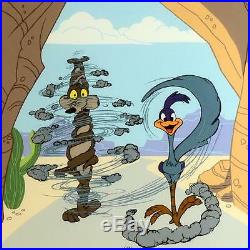 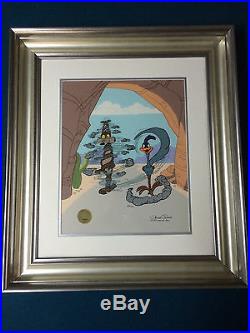 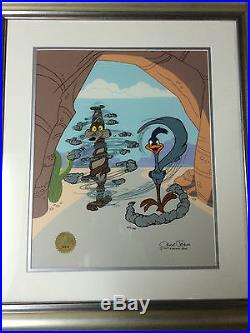 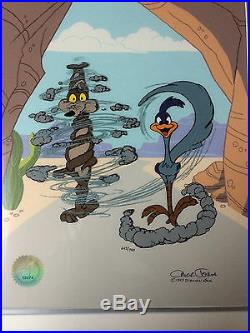 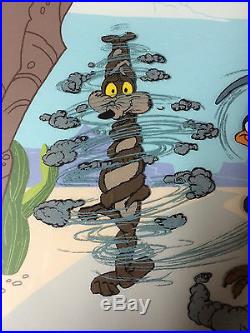 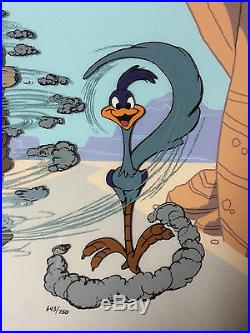 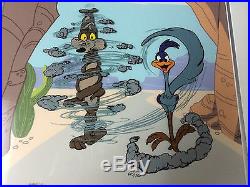 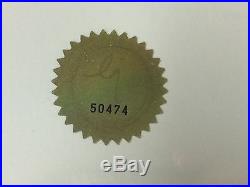 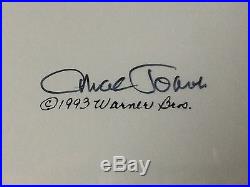 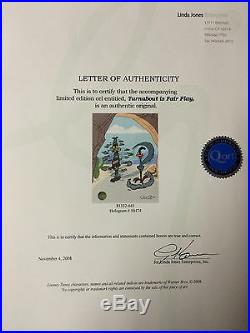 Own this amazing piece based on the original line image hand drawn and hand-inked on paper by Chuck Jones! This piece is custom framed using acid free and archival materials and is ready to hang. 26.5" x 23" (with frame), 16" x 13" (image). He was raised in Hollywood where he was inspired by the comedic talents and slapstick humor of Charlie Chaplin and Buster Keaton. As a child, he occasionally worked as an extra in Mac Sennett comedies. Jones graduated from Chouinard Art Institute in Los Angeles (now California Institute of the Arts). In 1932, Jones got his first job as a cel washer for Ubbe Iwerks, a former Disney Animator. After being hired by Friz Freleng as an animator. Closed, Jones briefly worked for Disney before moving to MGM where he worked to create new episodes of Tom and Jerry and directed features such as The Dot and the Line, which went on to win an Academy Award for Animated Short Film. Chuck Jones' work has been honored at film festivals and museums throughout the world, including a one-man retrospective at the Museum of Modern Art in New York City. His autobiography, Chuck Amuck: The Life and Times of an Animated Cartoonist , appeared in 1989, now in its fifth printing.