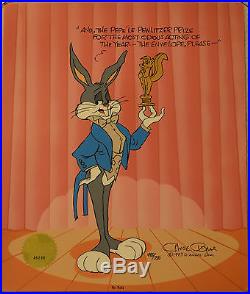 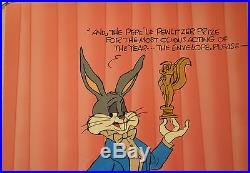 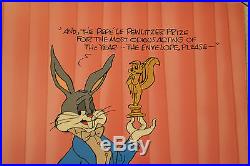 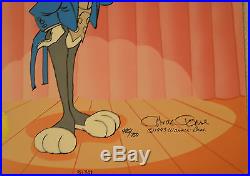 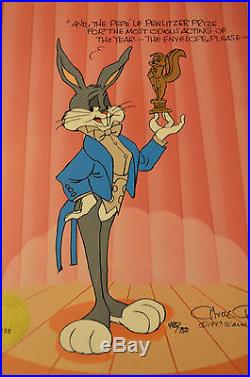 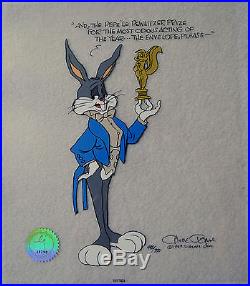 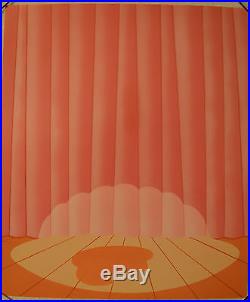 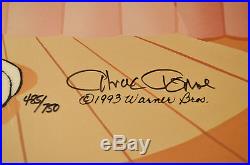 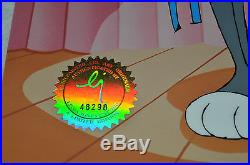 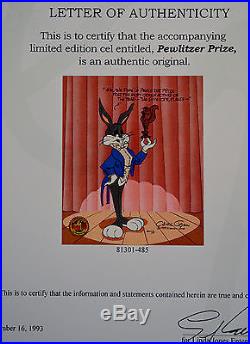 CHUCK JONES PEWLITZER PRIZE ANIMATION CEL SIGNED/#485/750 WITH CERTIFICATE OF AUTHENTICITY. NEW NEVER DISPLAYED REMOVED FROM ORIGINAL PACKAGING FOR PICTURE TAKING PURPOSE ONLY. & Hand Signed by Jones with Hand Painted Color and Certificate of authenticity! Own this amazing piece based on the original line image hand drawn and hand-inked on paper by Chuck Jones! 10.5 x 12.5.