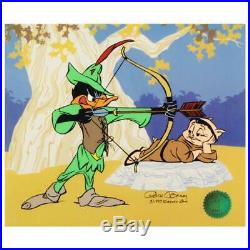 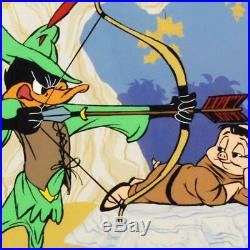 "Robin Hood: Bow & Error" L/E Animation Cel with Hand Painted Color. Own this amazing piece based on the original line image hand drawn and hand-inked on paper by Chuck Jones!