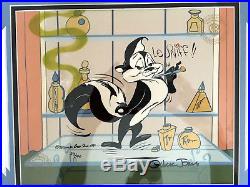 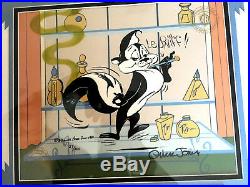 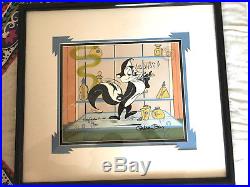 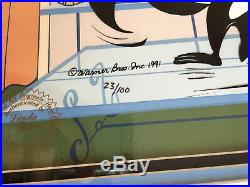 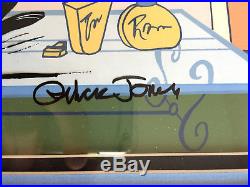 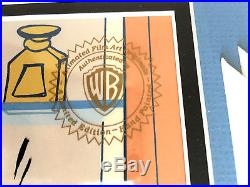 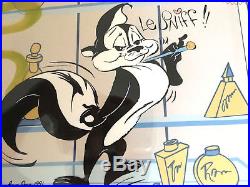 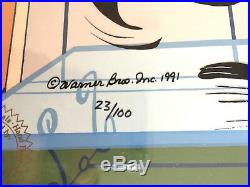 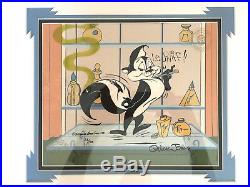 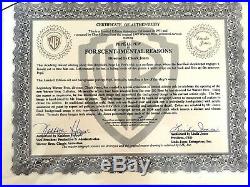 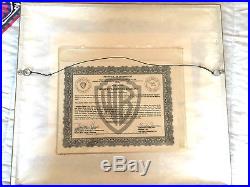 VERY RARE LOW LIMITED EDITION ANIMATION CEL. THIS IS A LOW #23 IN AN EXTREMELY LOW EDITION OF ONLY 100.

11" x 9" (larger under mat). I was employed at Warner Bros. In the early 1990's and acquired this cel while we were in the planning stages to open the first California flagship' Warner Bros. Studio Store' and Gallery in the Beverly Center shopping complex in Los Angeles.

This cel has been stored away safely since new. This is the first time it has seen the light of day in 28+ years, and is as fresh and crisp as it was in 1991.

Shortly after opening that first Studio Store, the WB execs realized the popularity of their animation art, and increased the edition sizes to 250. It wasn't long before they were offered in editions of 350, 500, 750, and up.

This is a great opportunity to own a rare low edition (100), and a very low number (#23) within that edition. The item "WARNER BROS SIGNED LIMITED CEL 23/100 PEPE LE PEW CHUCK JONES" is in sale since Sunday, January 27, 2019. This item is in the category "Collectibles\Animation Art & Characters\Animation Art\Limited Editions".

The seller is "cosmo*culpepper" and is located in Windermere, Florida. This item can be shipped to United States.