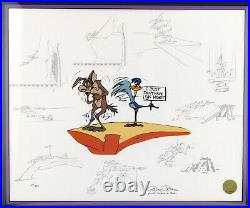 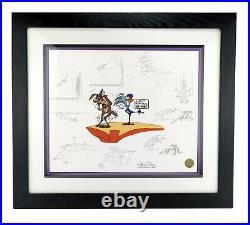 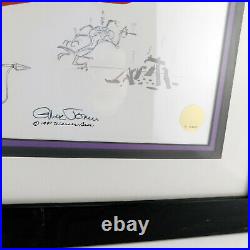 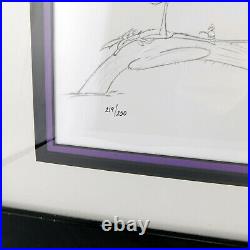 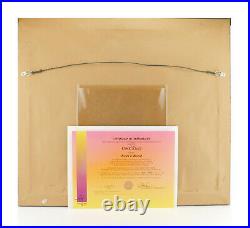 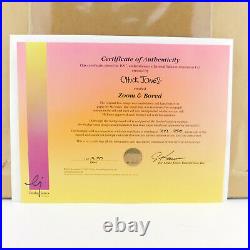 Hand signed by Chuck Jones. The background classic images were scetched with pencil by Chuck Jones and then printed with a Giclee process on archival rag. Jones where also transferred upon a cel then hand painted, numbered and hand signed by Master animator Chuck Jones. Includes certificate of authenticity Linda Jones.

This item is in the category "Collectibles\Animation Art & Merchandise\Animation Art". The seller is "animation-america" and is located in San Diego, California. This item can be shipped to United States.