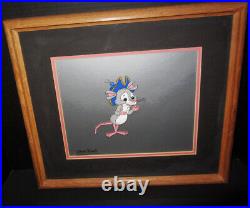 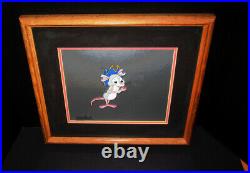 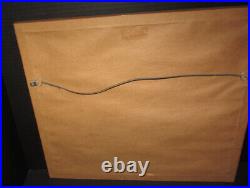 Was the voice of Queen Bee. It originally aired on CBS on January 16, 1975. Chuck Jones was an animator, filmmaker, cartoonist, author, screenwriter and artist, best known for his work with Warner Bros, and other cartoons, Looney Tunes, Road Runner Porky Pig and more. SIZE: Inside size is 16 1/4 by 14 1/2 - Frame is 18 x 16. Picture in the middle of Cricket is 8x10.

MARKINGS: On the left hand corner it is signed Chuck Jones, Original Animation from the Chuck Jones Movie Yankee Doodle Cricket. I try to describe my item to the best of my ability. Remember we are not all experts. You see something you say something.